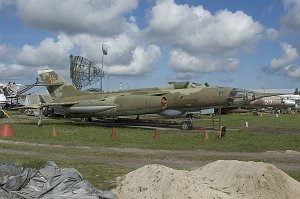 Photo ©: Dietmar Schreiber - Yakfreak - VAP (www.vap-group.at)
The Yakovlev Yak-28 is a twin-engined two-seat multi-role combat aircraft developed by the Soviet Design Bureau OKB Yakovlev (OKB-115). The Yak-28 was used as a medium bomber and fighter (interceptor) aircraft and served also in reconaissance and electronic warfare missions.
The Yak-28 is a development of the Yakovlev Yak-25.
- to top -