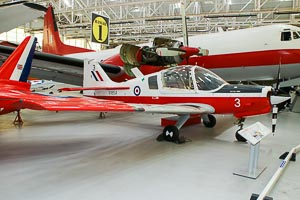 Photo ©: Karsten Palt
The Scottish Aviation Bulldog is a single-engine two-seat trainer aircraft produced by the British manufacturer Scottish Aviation Limited, developed by Beagle Aircraft Limited as the B.125 Bulldog.
The Bulldog is a development of the Beagle B.121 Pup. It was designated Bulldog T.1 by the Royal Air Force, SK 61 by the Swedish Air Force and FPL 61C by the Swedish Army.
- to top -