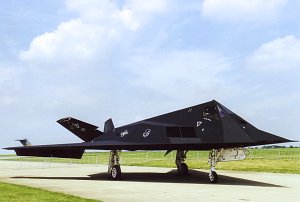 Photo ©: Karsten Palt
The Lockheed F-117 Nighthawk is a twin-engined single-seat ground-attack aircraft with stealth capability produced by the US-American manufacturer Lockheed Corporation used by the United States Air Force.
The Lockheed F-117 was developed by the Lockheed Advanced Development Projects Devision better known as Lockheed Skunk Works as the first operational combat aircraft designed around stealth technology. The F-117 served with the US Air Force from 1983 until 2008.
- to top -