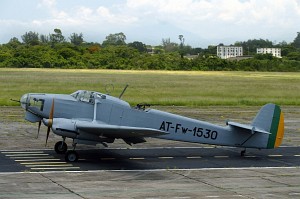 Photo ©: Monica Imbuzeir
The Focke-Wulf Fw 58 Weihe is a twin-engined trainer and utility aircraft produced by the German manufacturer Focke-Wulf Flugzeugbau GmbH. Beside the trainer role, the Fw 58 was used for VIP transport, ambulance flights, photo reconnaissance, as a feeder airliner and as weather research aircraft.
The Focke-Wulf Fw 58B-2 was also license-built in Brazil by Fábrica de Galeão.
- to top -