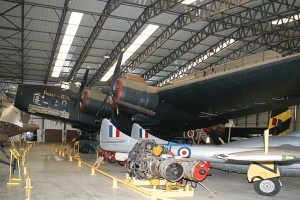 Photo ©: Karsten Palt
The Handley Page Halifax is a four-engine heavy bomber aircraft with a crew of seven produced by the British manufacturer Handley Page. The Halifax was operated during WWII by the Royal Air Force, Royal Canadian Air Force and the Royal Australian Air Force. Postwar it was also used by Egypt, French and Pakistan Forces.
Some Halifax were configured as freighter aircraft and used also postwar in civil operations.
- to top -