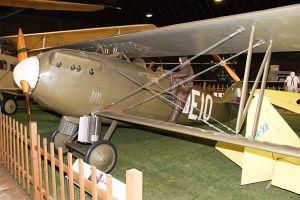 Photo ©: Karsten Palt
The Letov S-20 is a single-engine single-seat fighter biplane aircraft produced by the Czechoslovak manufacturer Letov.
The S-20M was the main production variant which was used by the Czechoslovak Air Force. The version S-20L was exported to Lithunia (10 aircraft).
- to top -