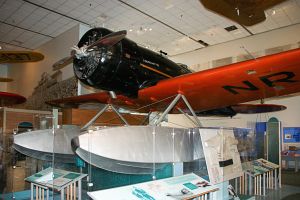 Photo ©: Karsten Palt
The Lockheed Model 8 Sirius is a single-engine two-seat utility transport aircraft produced by the US-American manufacturer Lockheed Aircraft Company at that time a division of Detroit Aircraft.
The Lockheed 8 Sirius was designed by Gerald Jerry Vultee on request by Charles Lindbergh. His aircraft NR211 was later christened Tingmissartoq and is today on exhibition at the National Air and Space Museum in Washington, DC.
- to top -