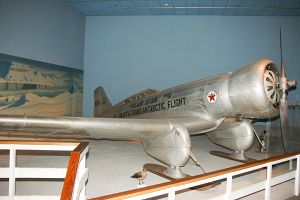 Photo ©: Karsten Palt
The Northrop Gamma is a single-engine single-seat utility aircraft produced by the American manufacturer Northrop Corporation, at that time a subsidiary of Douglas Aircraft Corp.
It was used as an experimental aircraft, for record breaking flights and as a mail plane. It was also used as a light bomber and attack aircraft by Chinese forces. It was also license built in China. One Gamma 2B was called the Polar Star. It was used for a flight across the Antarctic for which the wheel landing gear was replaced by skis.
- to top -