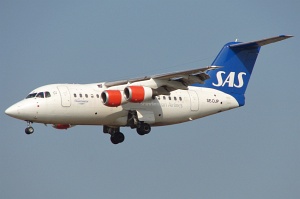 Photo ©: Karsten Palt
The British Aerospace BAe 146-100 / AVRO RJ70 is a four-engined regional airliner with a capacity of maximum 94 passengers produced by the British manufacturer British Aerospace (today BAE Systems). It is part of the BAe 146 / AVRO RJ family of regional airliner.
The BAe 146 was developed by Hawker Siddeley as the HS.146. The AVRO RJ70 is a modernized variant which was introduced in 1992.
- to top -