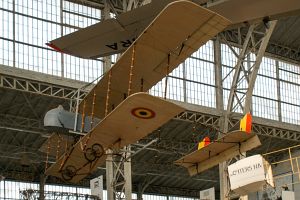 Photo ©: Karsten Palt
The Farman MF.11 is a single-engine two-seat reconnaissance and light bomber biplane aircraft produced by the French manufacturer Avions Farman - Société Henri et Maurice Farman.
The MF.11 was widely used, eg. by the French Air Force, Belgian Air Force, Swiss Air Force, Royal Flying Corps, Royal Naval Air Service but also by the Australian Flying Corps and the Imperial Russian Air Force. The MF.11 was license built in Italy under the Designation SIA 5 and in the UK as the S.11.
- to top -