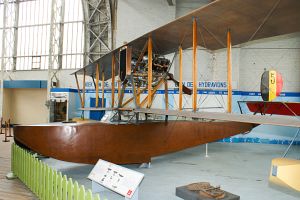 Photo ©: Karsten Palt
The FBA Type H is a single-engine three-seat reconnaissance flying boat produced by the British / French manufacturer FBA - Franco-British Aviation. Most of the aircraft were used by the French and Italian Navy.
The FBA Type H was also license built in Italy.
- to top -