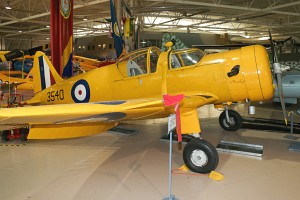 Photo ©: Karsten Palt
The Fleet 60K Fort is a single-engine two-seat trainer aircraft produced by the Canadian manufacturer Fleet Aircraft of Canada. The Fleet Fort was used by the Royal Canadian Air Force (RCAF) only.
The Fleet Fort was the only aircraft designed and produced by Canadians during WWII. As it performed not very well as an intermediate trainer (Fort Mk I) most of them were converted to radio operator trainer configuration, designated Fort Mk II. It had a quit short operational career from 1942 until 1945.
- to top -