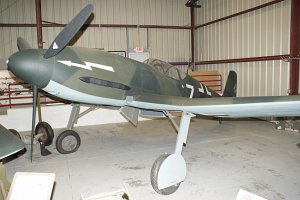 Photo ©: Karsten Palt
The Heinkel He 100 is a single-engine single-seat fighter aircraft produced by the German manufacturer Ernst Heinkel Flugzeugwerke AG.
As the Luftwaffe did not take over the He 100, Heinkel tried to export the He 100. ThreeHe 100D-0 were sold to the Japanese Navy and six to the Soviet Union. The remaining aircraft were used as defence fighter for the Heinkel plant in Rostock Marienehe.
- to top -