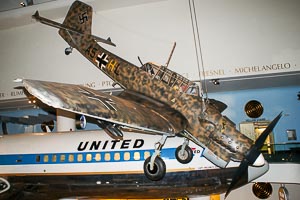 Photo ©: Karsten Palt
The Junkers Ju 87 is a single-engine two-seat dive bomber aircraft produced by the German manufacturer Junkers Flugzeug- und Motorenwerke AG. The Ju 87 was operated by the German Luftwaffe, the Regia Aeronautica (Italian Royal Air Force), the Bulgarian Air Force und the Royal Romanian Air Force.
Production of the Ju 87 was carried out by Junkerwerke and Weser-Flugzeugbau.
- to top -