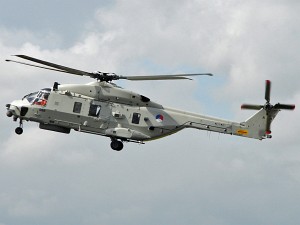 Photo ©: Karsten Palt
The NHIndustries NH90 is a medium twin-engined military multi-role helicopter produced by the European manufacturer NHIndustries, a joint-venture of AugstaWestland (Italy), Eurocopter (France/Germany) and Stork Fokker Aerospace (Dutch).
The NH90 was developed in two main-variants, Version TTH (Tactical Transport Helicopter) for the transport of 20 troops and Version NFH (NATO Frigate Helicopter) for anti-ship/anti-submarine warfare. Customer specific variants are developed out of these main-variants.
- to top -