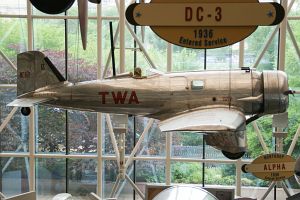 Photo ©: Karsten Palt
The Northrop Alpha is a single-engine seven-seat mail and passenger aircraft produced by the American manufacturer Northrop Aircraft Corporation.
The Alpha was Northrop?s first series production aircraft. The Alpha 2 is a six passenger version, the Alpha 3 has two or three passenger seats, the Alpha 4 is an all cargo version. The Alpha in military service was designated YC-19 / Y1C-19.
- to top -