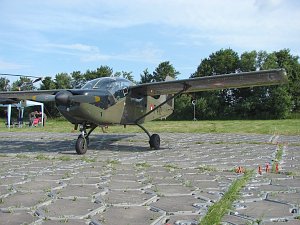 Photo ©: Karsten Palt
The Saab MFI-15 Safari is a single-engine two- or three-seat trainer aircraft developed by the Swedish manufacturer MFI, Malmö-Flygindustri and produced by Saab AB. MFI-17 Supporter is the name for the military version.
The MFI-15 Safari is a development of the Malmö-Flygindustri MFI-9 Junior. It was also license-built in Pakistan as MFI-17 Mushshak and MFI-395 Super Mushshak. Total production numbers of 450 include the license production.
- to top -