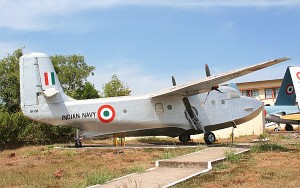 Photo ©: Callum Dodds (photos at airliners.net)
The Short SA.6 / SB.7 Sealand is a twin-engined eight-seat amphibious passenger aircraft produced by the British manufacturer Short Brothers and Harland Limited.
The Indian Navy was the largest operator of the Short Sealand with 10 aircraft.
- to top -