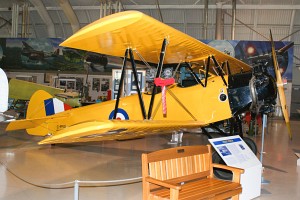 Photo ©: Karsten Palt
The Fleet 16 Finch is a single-engine two-seat trainer biplane aircraft produced by the Canadian manufacturer Fleet Aircraft of Canada, designed by their parent company Consolidated Aircraft. It was the primary trainer aircraft of the Royal Canadian Air Force (RCAF) from 1940 through 1944.
The Fleet 16 Finch is a development of the Fleet 10 which was designed by Consolidated Aircraft and sold in large numbers to China.
- to top -