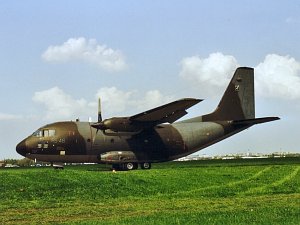 Photo ©: Karsten Palt
The Aeritalia G.222 is a twin-engined STOL military transport aircraft produced by the Italian manufacturer Aeritalia, later Alenia. The United States Air Force (USAF) operated ten G222 between 1990 and 1999 under the designation C-27A Spartan.
The Alenia C-27J is a further development by Alenia using the same avionics and engines as the Lockheed-Martin C-130J Hercules.
- to top -