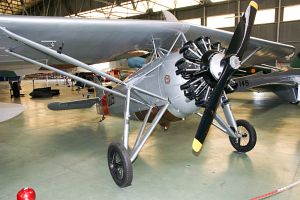 Photo ©: Karsten Palt
The Morane-Saulnier MS.230 is a single-engine two-seat trainer aircraft produced by the French manufacturer Aéroplanes Morane-Saulnier . It was used by the military forces of Belgium, Brazil, France, Greece, Portugal, Romania, Switzerland and Turkey. The MS.230 was also used as a target and glider tug, as a liaison and observation aircraft.
The MS.230 was also license-built in Belgium (MS.236), Greece, Portugal (MS.233) and Romania.
- to top -